In a series of tweets on June 17, PlanB, the creator of stock-to-flow (S2F) and stock-to-flow cross-asset (S2FX), highlighted a correlation between the largest cryptocurrency and the stock market.

According to PlanB, Bitcoin and the S&P 500 are both correlated and cointegrated, with the pair’s “R squared” value at 95%.

Such a large correlation suggests that Bitcoin, as a dependent variable, is extremely susceptible to movements on the S&P 500.

Highlighting events in March, when Bitcoin fell in line with stocks and then recovered, PlanB concluded that the S&P 500’s current level implies a BTC price of $18,000. The only alternative is for the stock market itself to fall. 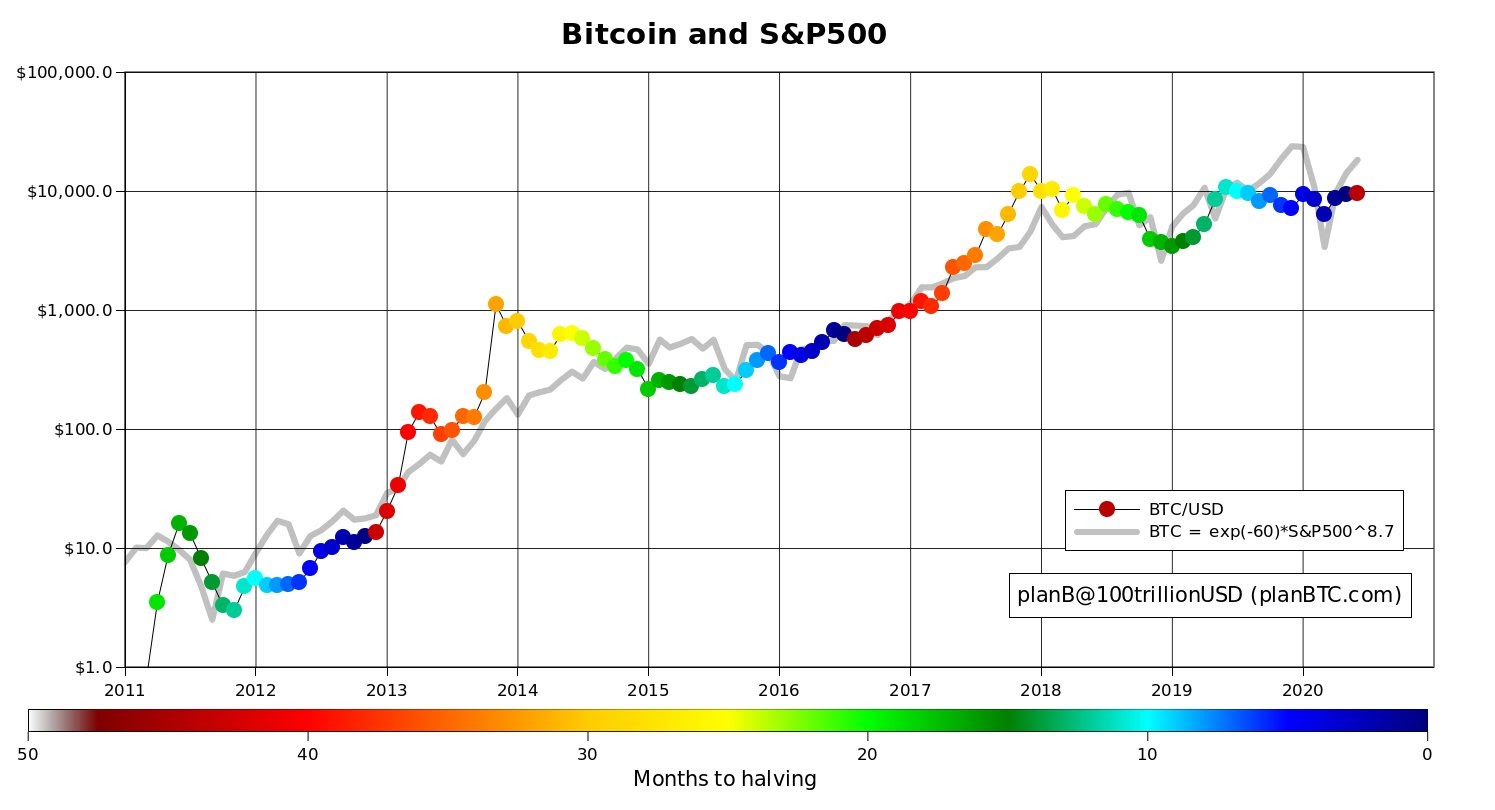 Stock-to-flow predicts Bitcoin price performance based on the amount of “new” coins entering circulation against the existing supply.

Given that the Bitcoin supply is immutable no matter how much interest there is in mining, stock-to-flow theorizes that by 2024 — Bitcoin’s next halving — BTC/USD will reach $288,000 or more.

While PlanB noted that the relationship is nothing new for Bitcoin, the reminder is timely, coming in the week that Bitcoin once again showed a tendency to follow stock movements.

The situation is complicated by coronavirus measures — quantitative easing, or QE, which inflates the money supply, boosts both stocks and Bitcoin, he said.

At the same time, stock markets are seeing increasing intervention in the form of artificial competition from central banks buying worthless shares.

This has led to suspicions from commentators who suggest that the bull run of the past several months is long due for a correction — perhaps within just two weeks.

Bitcoin, then, remains a long way from “decoupling” from macro forces.

“Yes it does imply BTC is not an uncorrelated asset. As I said in that Sep 2019 tweet ‘the real test is a stress situation’. I guess with Corona we have had one such test: BTC seems not uncorrelated,” another comment from PlanB reads.

Tokyo Power Company to Use Blockchain for Trading Electricity Surplus